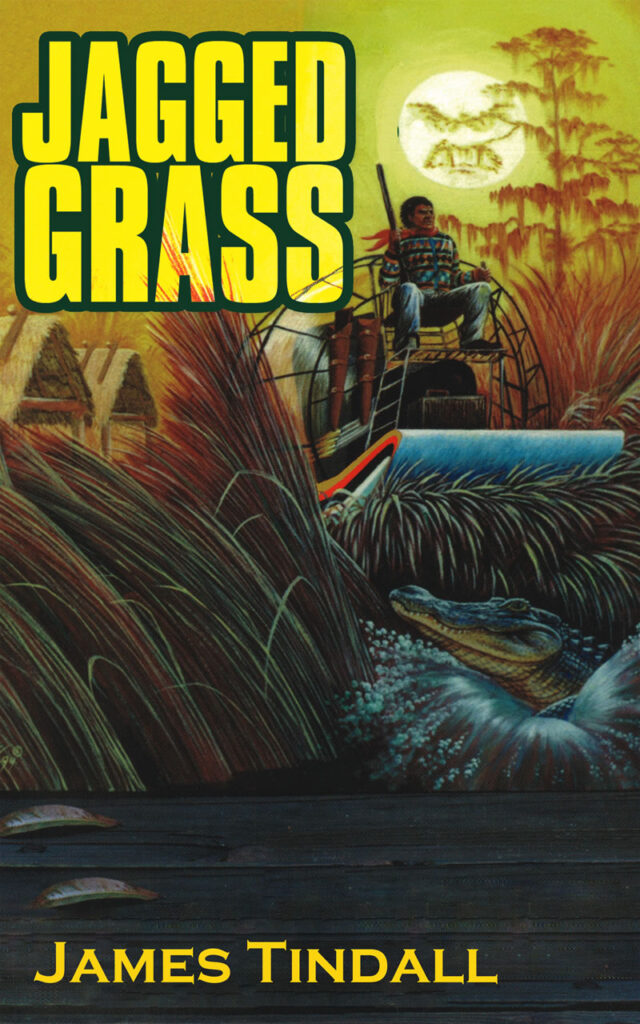 Paul Lorio was sitting at his desk sorting through budgets for the proposed landfill project with the Seminole Tribe. Unknown to the Tribe, he was a mafia boss, a man to be reckoned with. He always got his way and when he didn’t, people usually didn’t live to talk about it. He was ruthless and cunning, yet suavely friendly and charming. Unlike most bosses in his position, he believed in using proper language most of the time and thus, refrained from swearing. He believed it was pointless and often remarked there were better ways to express one’s ideas.

The intercom on Paul’s desk suddenly crackled to life. “You have a telephone call on line two Mr. Lorio,” the secretary said.

“It’s a Mr. Billie Panther with the Seminole Tribe of Florida sir,” she replied.

“Excellent,” Paul said. “Put him through and hold all other calls. Also, call Ms. Sandow and tell her that we need to talk immediately.”

“I’ll take care of it,” the secretary said.

As Paul picked up the telephone, he swiveled a half circle in his chair and stared out the large plate-glass window in front of him. His view was filled with the ugliness of an unsightly landfill. Fortunately, the glass kept out the stench that went with it. Bulldozers were pushing heaps of trash; trucks rushing to and fro, dumped even more trash. Here and there, flocks of frenzied sea gulls fought each other for choice morsels of New York’s finest garbage. The view was in stark contrast to that of the primeval beauty of the Florida Everglades. None of this mattered to Paul. He was a businessman; the only thing that mattered was the money he could make on this venture. The amount promised to be substantial.

“Billie, it’s great to hear from you,” Paul said. “Have you and the tribal government made a decision about the landfill operation?”

“It looks like it’ll be a go,” Billie said. “However, I have two council members who want additional information.”

“Send down several more copies of the environmental impact studies and arrange a presentation between your people, the state, and our council officials,” Billie said. “That should convince them.”

“That will take some doing on this end,” Paul said. “Are you sure it’s necessary?”

“There is absolutely no way to sway these two men if you don’t,” Billie replied. “If you do, the project is in the bag. Don’t let me down Paul; I have a lot riding on this.”

At that moment, two of Paul’s associates, wise guys of the darkest order, Mike Crandell and Blayde Incitti, dragged a man into the office and placed him in a chair directly in front of Paul’s desk. The man was in great pain, having already been nearly half beaten to death. Paul glanced over his shoulder at the trio and held up one finger for silence. Waiting, Mike and Blayde positioned themselves on either side of the man who was handcuffed, slumping forward in the chair.

“Consider it done,” Paul said. “I’ll have my associates get to work on it right away and make the necessary arrangements. Don’t worry my friend.”

As Paul talked, he leaned over to the windowsill in front of him, grasped a small box and placed it in his lap. Opening the lid revealed a 9 mm Beretta pistol and silencer. He casually screwed the silencer onto the barrel.

“Alright,” Billie said, “I’ll continue to discuss the operation with the council and arrange a meeting. Keep in touch.”

“I’ll contact you as soon as I’ve made the necessary arrangements,” Paul said. “Ciao.” Paul hung up the phone and signaled to Blayde to close and lock the door behind them.

“Here’s the scumbag boss,” Mike said. “Do you want us to waste him for you?”

Paul still had his back to them as he spoke, not answering Mike’s question.

“I don’t like traitors,” Paul said. “You stole money from me and my clients. What you did tarnished my reputation. My boss found out and has asked me to correct the problem. I have repaid him, but one small matter remains—Paul paused as he spoke. What do you have to say for yourself?”

“I needed the money,” the man replied. “My wife and kid need to eat.”

“To hell with your wife and your bastard kid,” Paul said. This has nothing to do with them; it’s business. Your explanation is unacceptable.”

The man stopped in mid-sentence as Paul swiveled in his chair to face him, gun in hand.

“If I give you another chance, I lose,” Paul said. “I never lose. I’ve already lost money, but this will repay the debt.”

Paul squeezed the trigger and put a bullet through the man’s forehead. The lifeless body jolted backward into the chair from the force of the bullet penetrating hard bone. Only a trickle of blood ran down the man’s forehead onto the front of his shirt.

“Blayde, dispose of that trash,” Paul said. “Put him in the usual place. I do not want any traces. Mike, go with him. When you’re finished, get rid of the wife and kid. There is no telling what he’s told them and that could be a liability we shouldn’t have to deal with. When you’re through, the secretary has some plane tickets for you. I want you to go to Miami and check out Panther. I want to know everything about him and the other council members that make up the tribal council. There are millions at stake here. If you screw this up, you’ll be joining your friend there.”

Mike and Blayde took the corpse out the back entrance and loaded it into the trunk of their car.